May 25, 2017, Bring Your Thing held its 5th pop-up event at the Canadian Mental Health Association Branch here in Kingston. Those who came were encouraged to bring items that related to the theme of “my firsts.” This could be anything from a first place medal to a first photo, people brought anything that represents a first in their lives. Along with the items brought in by our attendees, other artifacts were contributed by the Museum of Healthcare and the Frontenac County Schools Museum. We were also delighted to have the Kingston 4 Paws Service Dogs organization speak to those in attendance about the programs they have available. 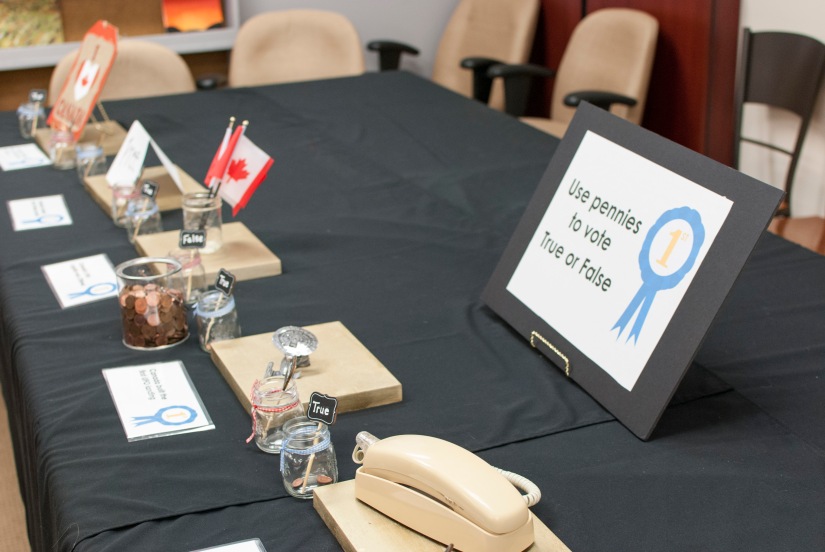 All those in attendence were able to vote on some Canadian trivia using pennies to guess true or false.

What do you say, true or false?

Courtesy of Murney Tower we displayed a pancake maker used by the soldiers of the Royal Canadian Rifle Regement. 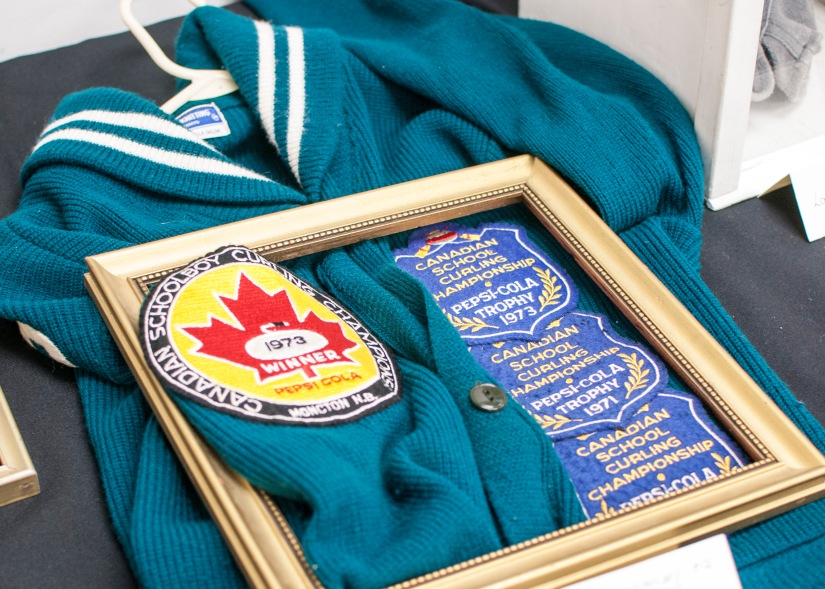 One of our attendees brought in a sweater displaying thier various curling championship badges. 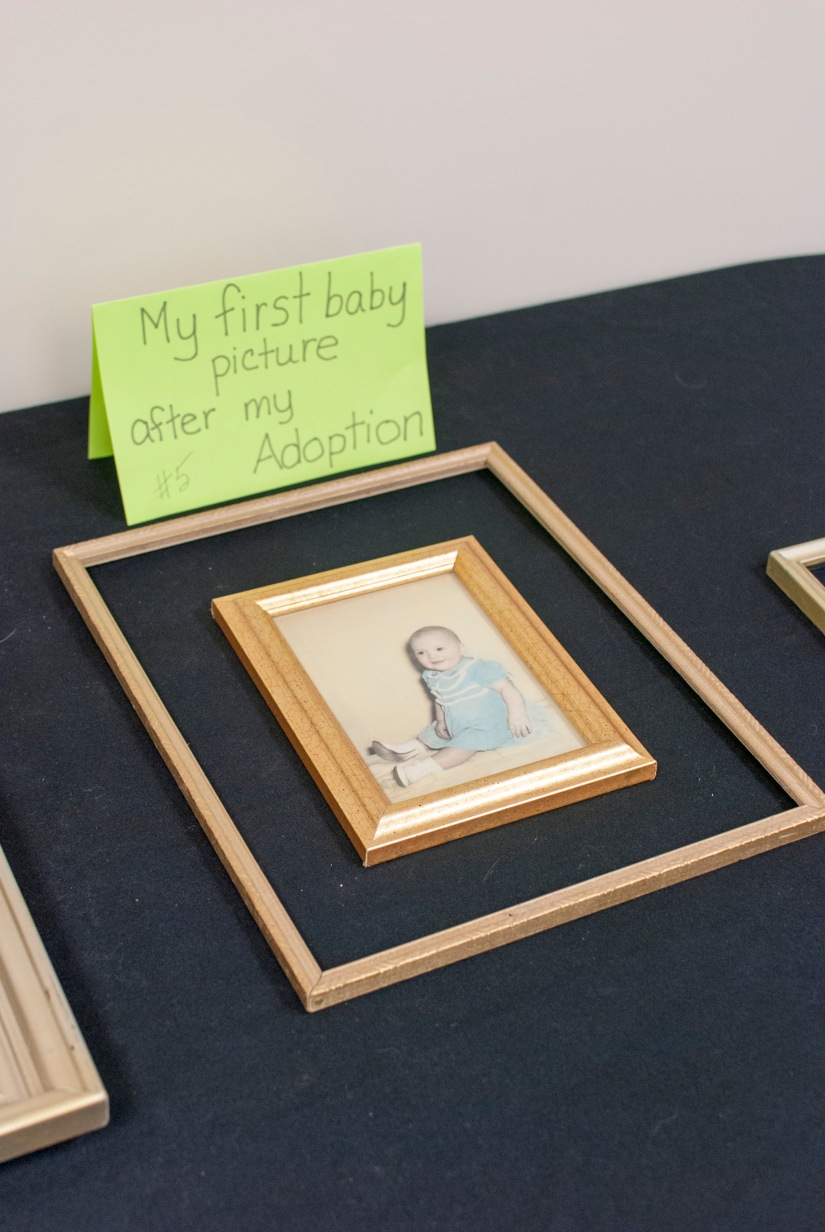 Another one of our attendees brought in their first baby picture after their adoption.

Here we have just one of the K4 Paws dogs that were in attendance for the my firsts event.